by admin
in News

A change in eligibility criteria by DOE  to fund nuclear power plants slated to close opens the door to life extension for 2,256 MWe of CO2 emission free electrical generating capacity at the Diablo Canyon power plant in California and would save 1,500 jobs.

The Department of Energy (DOE) is changing its policy for nuclear utilities that want to access the Biden Administration’s $6 billion program to keep nuclear power plants like Diablo Canyon open as a means to deal with climate change.

According to DOE the program is intended to support carbon-free nuclear plants and preserve clean energy jobs.

The twin reactors at the Diablo Canyon plant are on a course to close in 2025 as a result of an anti-nuclear campaign in 2016, led by NRDC, Friends of the Earth, Sierra Club, and other interests, that convinced PG&E not to apply for 20-year license extensions from the NRC for the plants. The utility justified its action by saying that a combination of new natural gas plants and renewable energy (solar, wind) facilities would make for the loss of over 2 GWe of CO2 emission free power. Critics shredded the company’s claims and subsequent grid issues in California have borne them out.

The announcement by DOE on June 30th came just two days after PG&E asked for a 75-day extension of the application deadline to request the funds. DOE said in its statement that it is offering a 60-day extension.

DOE’s announcement is an amendment to the Civil Nuclear Credit (CNC) Program Guidance for the currently open award cycle. To incorporate these changes and give potential applicants the time they need to respond, DOE also extended the application period another 60 days to September 6, 2022.

The Amended Guidance revises the eligibility criteria by replacing the requirement that a nuclear reactor applying for credits under the CNC Program not recover more than 50 percent of its costs from cost-of-service regulation or regulated contracts. This change affects the eligibility of reactors who may apply in the first round of awards. The change opens the door for Diablo Canyon to apply for the funds. 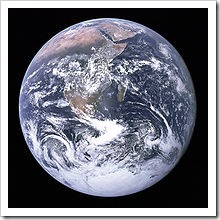 DOE said its justification for the change in the program is that the agency views the nation’s current fleet of reactors as a vital resource to achieve the Administration’s goal of net-zero emissions economy-wide by 2050, which is key to reducing the harmful impacts of climate change.

Shifting energy markets and other factors have resulted in the early closures of 13 commercial reactors across the United States since 2013.  These closures have resulted in rising CO2 levels in the atmosphere, the loss of thousands of high-paying jobs, and a ruinous end to the financial contributions from their payroll and tax revenues for local communities.

The CNC Program will equitably address these challenges while supporting the President’s clean energy goals to ensure that communities across the country continue to benefit from sustainable energy infrastructure. 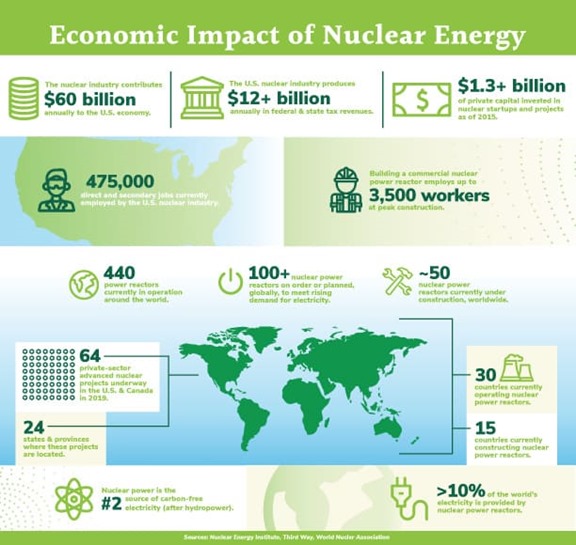 This change made in the Amended Guidance was one of three requests by the Office of the Governor of California in a letter dated May 23, 2022. Considering this request’s potential applicability to reactors nationwide, DOE issued a proposed Guidance Amendment for public comment on June 17, 2022. After assessing programmatic goals and public comments, DOE believes this change better supports the intent of Bipartisan Infrastructure Law and the goals of the CNC Program to keep clean, reliable electricity on the grid.

As many commenters to the initial program announcement urged, DOE is also announcing the extension of the due date for submission of applications and bids for the first CNC award cycle. Applications and bids are now due September 6, 2022, to provide potential applicants sufficient time to prepare submissions in accordance with the Amended Guidance.

DOE said it is committed to integrity and transparency throughout the implementation of the CNC Program. A record of public comments may be found here.

Learn more about the CNC Program, the CNC April 2022 Guidance, and the CNC June 2022 Amended Guidance. Applications for certification and sealed bids for credits for the first CNC award cycle must be submitted no later than 11:59 p.m. Mountain Time, September 6, 2022.

PG&E Asks for More Time To Apply For Nuclear Funds

PG&E asked the U.S. Department of Energy on June 28th for a 75-day extension to the deadline to apply for federal funds that could keep its California nuclear plant open. In a letter to the DOE’s Office of Nuclear Energy, the utility said “an extension is needed to provide PG&E the time to collect and analyze the information and prepare an application.”

The first phase of the $6 billion in funding, the Civil Nuclear Credit program, is intended to save nuclear power plants that are scheduled to close before the end of their licensed operations. In asking for the extension to apply for the funding, the nuclear utility has finally sensed that there are significant winds in its sails to save the reactors. 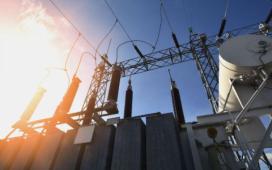 The two reactors at PG&E’s Diablo Canyon plant are scheduled to shut down in 2024 and 2025. A 20 year license extension from the NRC would keep them open. California Governor Gavin Newsom in April said the state was open to keep the plants operating to address the risk of not having enough electricity to deal with record summer heat and the overall reliability of the electrical grid.

In the letter, PG&E said it supported DOE’s proposal to remove the requirement that facilities that receive funding derive more than half of their revenue in the competitive electricity market, a qualification that may have blocked Diablo’s eligibility. With DOE’s decision this week to change the eligibility criteria, that barrier to funding is now history.

Earlier this month California Senator Diane Feinstein reversed her long standing anti-nuclear policy and issued a statement of support for funding to extend the lives of the twin reactors. In doing so she rejected the demands of anti-nuclear groups which have long dominated the tilt of California’s energy policies.

Back in 2012 California Senator Diane Feinstein was a critic of the SONGS nuclear energy plant in her state and nuclear energy in general. A decade later she has become a supporter of keeping the twin reactors at Diablo Canyon open past their planned shutdown date of 2025 .Relicensing the plant would add 20 years to its operational life to the mid-2040s

In an OP ED in the Sacramento Bee she referenced projected electricity shortfalls in California due to the effects of climate change, Feinstein writes that “Pacific Gas and Electric Company should reconsider its decision to close Diablo Canyon by 2025. The utility should get the plant relicensed instead, retiring it once the state can replace its production with clean sources.”

She also references a joint Stanford University–Massachusetts Institute of Technology study which found that delaying Diablo Canyon’s retirement to 2035 would lower California power sector carbon emissions by more than 10% from 2017 levels and reduce reliance on gas, save $2.6 billion in power system costs, and bolster system reliability to mitigate brownouts.

A MIT/Stanford University study released late last year  made the case for keeping the plant open until 2035. A report from researchers at MIT and Stanford states that keeping Diablo Canyon running until 2035 would reduce the state’s carbon emissions from electricity generation by 11% every year, save the state a cumulative $2.6 billion, and improve the reliability of the grid.

Steven Chu, energy secretary in the Obama administration, endorsed the study and said: “We are not in a position in the near-term future to go to 100% renewable energy, and there will be times when the wind doesn’t blow, the sun doesn’t shine and we will need some power that we can turn on and dispatch at will, and that leaves two choices: fossil fuel or nuclear”

He noted that countries that have shut down their nuclear plants have ended up using more fossil fuels. He also called the decision to shutdown the plant “distressing” and said “Nuclear power is something we should reconsider, and we should ask PG&E to reconsider.”

Earlier this year nearly 80 scientists, academics and entrepreneurs from a range of disciplines, including former US energy secretary Steven Chu, sent a letter to Governor  Newsom asking him to delay the closure of Diablo Canyon.

“The threat of climate change is too real and too pressing to leap before we look. Considering our climate crisis, closing the plant is not only irresponsible, the consequences could be catastrophic. We are in a rush to decarbonize and hopefully save our planet from the worsening effects of climate change. We categorically believe that shutting down Diablo Canyon in 2025 is at odds with this goal. It will increase greenhouse gas emissions, air pollution, and make reaching the goal of 100 percent clean electricity by 2045 much harder and more expensive.”

Earlier this month a group of 37 scientists, entrepreneurs and academics wrote a letter asking Energy Secretary Jennifer Granholm to make the change saying it would allow Diablo Canyon, the source of about 10% of California’s power, to stay open and help fight climate change.

“This is the largest source of clean energy in the most populous state in the nation, we must keep it online,” said Isabelle Boemeke, the founder and head of the Save Clean Energy nonprofit group who brought the letter signers together.

US Pledges $14M to Support NuScale in Romania

HISTORIC CONTEXT OF THE REFERENDA IN UKRAINE. « nuclear-news

Kremlin steps back from call to use nuclear weapons « nuclear-news

Another week in nuclear AND CLIMATE news « nuclear-news

‘There Are No Checks’ On Vladimir Putin Over Nuclear Threat In Ukraine: Defense Sec.